“Writing or making anything—a poem, a bird feeder, a chocolate cake—has self-respect in it. You’re working. You’re trying. You’re not lying down on the ground, having given up.” 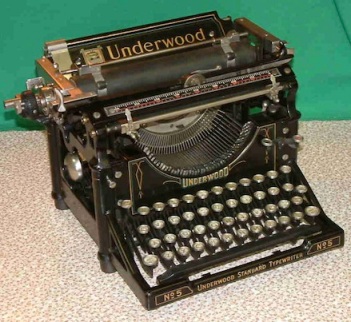 I have never done NaNo before, the national novel writing challenge that encourages people to write a novel in a month. I’d poo-poo’d it in the past, thinking it was not applicable to nonfiction, but then I ran across Nina Amir‘s website and facebook page, Writing Nonfiction in November (WNFIN). I decided to give it a try.

Right off the bat I will tell you that I failed to gain the requisite 50,000 word count that NaNo sets as a pass/ fail benchmark, but I succeeded in so many other ways.

An idea for a memoir has been with me for some time now. It niggles at me and I’ve poked around its edges and written about it in essays and journals over the years. Mostly I have day-dreamt  but this month I set about really exploring it.

Before the month began I used  Scrivener to lay out a series of scenes that I could remember from the timeframe I would be writing about. And, by the way, if you don’t know about Scrivener, do find out. It is far and away the best writing program on the market. Anyway, once I had the scenes, I made notes about each one so I had a vague roadmap to guide me along the way.

And then__BANG!__ The gun sounded on November first, and I was off for 30-straight days of writing.

The interesting and unanticipated thing that happened to me with this memoir, is what I thought it was about is not necessarily what it really is about. As I wrote, one thought would jar another, and I found myself adding  unexpected scenes to my project. Not to say that the scenes I had were not relevant, just that there was another story wanting to surface.

Not long after this revelation, I ran across a wonderful Paris Review interview with Mary Karr, poet and author of Liar’s Club, Cherry, and Lit. In the interview Karr talks about how it took her so long to uncover the real conflict in Lit while she was writing it.

“A book is never about what I think going in. At first I thought it was about romances I’d had, and it just wasn’t. I kept being drawn to material that focused on my separating from my mother and reconnecting with her—the psychological implications of that. But I couldn’t imagine writing a therapy book. It just felt so Pat Conroy, very Prince of Tides.

“It was about being Odysseus—having to leave home to find home. It’s about making peace with Mother to become a mother.”

My point, exactly. She also said that nothing is wasted and not to be afraid to throw it all out (or in my case put it in a file I call “unused scenes”) and start over or with a new angle.

Being so thoroughly engrossed in those years for a month was hard—it was not the easiest time in my life—and there were days when I could not face it.

Here is where I think writing memoir, and writing, say, a novel, are different for a 30-day challenge. The emotional strain of reviewing those years was a ghostly affair, and the longer I spent with those emotions inside my head, the more I relived the psychological aspects of that time. I found it paid to take time off from it so I could look back with an objective eye. Or, to quote Michael Martone, “The memoir’s problem is that it needs to find, to narrate a kind of death in order to make sense of life. I think of it, the constructed death, as a parentheses, an artificial parentheses, that the writer must draw around a life, or this part of life, to be able to stand outside of it and see it for what it is and isn’t.” This may be the hardest, and the thing that will require the craft of rewriting until it is right.

At one point I found myself asking in frustration, How can a person possibly practice Zen and write memoir? They are antithetical. The answer I came up with was to delve in but give myself frequent breaks. Oddly, it was in those breaks that new memories would pop up. I began carrying my iPhone everywhere so I could dictate a scene I’d remembered.

It’s hard work, is what it is.

So, I ended up with 30,000 words, more than I had when I started the project. I know that I am a lean writer, not a wordy writer, so I feel there is a bony skeleton now on which to hang the meat of this memoir. I found threads that I hadn’t noticed before, and gathered up material for a work in progress. And a work in progress is what it is.

Oh, and there’s no law preventing me from continuing this project in December…

6 thoughts on “WNFIN, Dredging Up the Past, and Baking Literary Cakes”