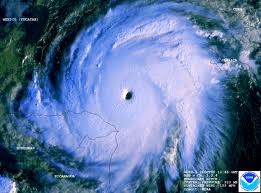 Returning to Costa Rica in the fall of 1998.

The trip had gone relatively well, as flights go, although the weather was a bit rainy when we arrived in Dallas. We got on an American Airlines flight listed as non-stop from Dallas to Costa Rica. Once we were secured in our seats. the captain came on the intercom and informed us we’d be making a short stop en route. Apparently American considered any flight where passengers could not debark, a non-stop flight.

The flight was a bumpy one but we really didn’t think much about it. It is almost always turbulent around Dallas. We watched a movie and a couple of hours later we heard the announcement to fasten our safety belts, straighten seat backs, and put away all electronics. We were due to land in Guatemala City. They also advised us there was a bit of rain and the landing might be rough.

As we descended out of the pitch-black sky, the turbulence increased. The last pass the flight attendants made through the cabin was far more attentive to seat belts and trash than any I’d experienced before. They clung to the seats to keep their balance, and staggered down the aisle lifting blankets from people’s laps, checking to make sure all seat belts were securely buckled. There were sheets of rain pummeling the sides of the airplane by now.

I had a premonition of doom, but I’m not a very good passenger when it comes to landings anyway. Always the white knuckles.

The airport in Guatemala City is located smack dab in the center of town, or it felt like it. As we approached the runway the rain was so heavy it looked like thousands of bullets streaking past the windows. Out both sides of the plane I could see buildings so close I thought I saw people moving about inside. The plane bucked and heaved wildly, first dropping one wing and then the other. The pilot wrestled to keep the plane level, and–I hoped– on the tarmac. But it was too rough. He pulled up at the last moment just before our wheels touched, and we lifted back into the sky banking off and to the right.

The pilot said something on the intercom that might have been Spanish. It sounded as though he was speaking into a fistful of tissues or a sock, nothing but a garbled buzz. The flight attendants did not repeat his comments in English. I finally realized what he said, because we continued to bank and buck until we were in position to make another stab at a landing. This time was worse than the first. The same buildings flew past at supersonic speed, the rain streaked past, and just before crashing, we were rescued when the pilot pulled up at the last-minute, making the now familiar banking turn. Again the garbled Spanish. The Latin gentleman across the aisle from me  turned and said politely, “He says we are going to try it one more time and if he cannot land we will divert to San Salvador.”

I wanted to shout, Well what the fuck is wrong with doing that right now?

We did this a total of three times before we bumped and skidded up to the terminal.

All Costa Rica bound passengers were required to stay in their seats while the lucky got off and went about their business. My armpits smelled and my only thought was about abandoning ship. If the landing was this bad, what would takeoff be like?

It turned out it was much easier than the landing and we arrived safe enough in Costa Rica later that night.

Over the next few days I gathered from the papers and TV news that we had just flown through Hurricane Mitch, a hurricane so violent it is remembered all over Latin America as a benchmark for major disaster and loss of life.

Storytelling prompts provided by The Scintilla Project. Click here to find out more or click on the icon in the right hand menu. It’s fun. It’s Scintilla ’13

1. Being trapped in a confined environment can turn an ordinary experience into a powder keg. Write about a thing that happened to you while you were using transportation; anything from your first school bus ride, to a train or plane, to being in the backseat of the car on a family road trip.