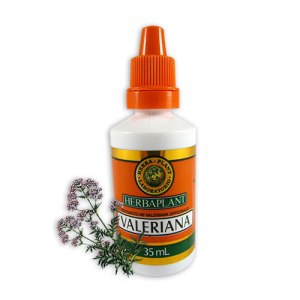 I started asking for gotas de valeriana at the local farmacia about three weeks ago; the same pharmacy where I bought the bottle I was running low on. In fact, I started asking about a replacement when mine was only half empty because I was not born to Costa Rica yesterday.

When I asked the nice clerk at the farmacia, she looked in the glass case and then produced valerian capsules. No, thank you, I want the drops. The capsules make my head feel like its going to explode and I find I’m more wired than if I had taken nothing to get to sleep. So, no, those would not work. She then produced linden-flower drops, passion-flower drops, and chamomile drops, but no valerian drops.

“We could order them for you,” she offered.

“Thank you. That would be great.”

But apparently “could” was the operative word, because the following week when I asked for them I got exactly the same routine: the looking, the offering, the ordering from an entirely different clerk.

Yesterday, I was in town and they assured me the valerian drops would be in that afternoon. I did notice it was 2 p.m. when I left the store, but never mind. I asked them to guard a bottle for me. Not to worry, they said. There will be lots. I thanked them very much. Just as I was leaving I remembered and asked about the borax I also ordered. Ah, well, the proveedor brought baking soda instead of borax, so that should be here next week. We all laughed.

I was in town checking the post office, yet again, for a package my brother mailed three weeks ago from the States. Most often those packages take about ten days, but this one contains four credit cards tucked inside a book, plus a fountain pen and some inks. I am very anxious to get these items so, of course, they are taking forever to get here.

The cards have a special history. Our credit cards were hacked sometime back in December and we cancelled them. Replacement cards were sent to our accountant in the States who then mailed them to us. I waited and waited and began to worry that they’d been intercepted. Another care package from my brother was sent to me about a week after the cards and that package arrived in ten days flat. But not the cards. So, I cancelled the cards and had the bank issue new ones. A month and a half later the now cancelled cards arrived.

I had our accountant send the new cards to my brother—the expeditor extraordinaire. I also ordered some special paper from Amazon for my new fountain pen a week later. That arrived yesterday. I now have beautiful paper that does not bleed or feather the ink… but no fountain pen (the photo here is as close as I’ve come to owning it). No credit cards either, and, so far, no valerian drops.

I noticed last night I am just about out.

To reiterate, this is the land for the stalwart personality; not just the intrepid, but also a spunky person of good humor. I have not always risen to the occasion, but I have learned to mask my frustration and anger because if you take out your frustrations on them, clerks and officials will simply look straight past you for the next in line. You will get nothing. Sometimes you get nothing anyway but at least they feel bad for you.

I grew up in Oregon and learned not everything is black and white. Now I live in the jungles of Costa Rica where the shades of gray cover the full spectrum. I shoot my mouth off on my blog, social media sites, and sometimes I get published. You can find my blog here: https://scmorgancom.wordpress.com/ View all posts by SC Morgan

6 thoughts on “Costa Rica: A Land for The Indomitable Spirit”